​          For Chelsey Carter, country music isn’t tied to a geographical lineage, it’s a state of mind. The Nashville-based artist embodies country’s be-yourself sass to the hilt. She’s an adrenaline junkie who savors the thrill of the hunt, and she does what she wants, when she wants. Chelsey grew up on a small cattle farm in Massachusetts, and cut her teeth playing across New England before embracing her destiny and moving to Music City. Today, Chelsey shares her carefree country spirit with a series of five exhilarating modern country singles.

“People love to tell me that since I'm from the North, I don't know what country is. I love to watch the look on their faces when I show them why they're wrong,” Chelsey chuckles. “It’s a common misconception that country is a popular genre or that it’s only a Southern thing, but in reality it’s a lifestyle. This music is about storytelling, and we all have stories to tell.”

Chelsey’s commitment to country’s rare balance of authenticity, and just the right amount of over-the-top humor and entertainment is evident in her music and her band’s thrilling live show. Chelsey is an accomplished singer, songwriter, and guitarist who counts Vince Gill as a primary 6-string influence, and artists such as Shania Twain, Miranda Lambert, and John Prine as formative songwriting inspirations. Her music has a heartland pop-rock sensibility, and her lyrics are both playful and personal, drawing on real-life experiences. Live, Chelsey and her band put on an energetic show, dazzling audiences with infectious sing-along breakdowns, charismatic and witty stage banter, and dramatic Beyonce style hair flips.

Her debut EP, Nothin' Better To Do, was released in 2017, a few months before she moved to Nashville. Since then, Chelsey has played iconic songwriting venues such as The Bluebird Cafe, The Listening Room, and the late Douglas Corner. She’s also been featured on festival bills with such artists as Luke Combs, Shenandoah, Brett Eldredge, and Phil Vassar, to name a few, and she continues to tour across the country playing to audiences of 20 to 20,000. Chelsey has been called “the real deal” by Country 102.5 radio personality Carolyn Kruse. Pro Country has gushed: “In an era of country music where love songs and artsy songs dominate the airwaves, it’s refreshing to discover an artist who is keeping cheating songs alive"

From a young age, Chelsey always knew she was destined to be on stage. She remembers singing along to Shania Twain from her car seat, and then taking her "show" to a makeshift stage, usually a stack of hay bales or her dad's old flatbed trailer. Yet, despite her farm upbringing and her love of Shania Twain, country music wasn’t her initial preferred soundtrack.

Things changed for the lifelong singer when she was 14 years old and was gifted a guitar for Christmas. She spent most of her after-school time learning the instrument, and pouring her feelings into music. During college, Chelsey saw an ad for a country band with a Saturday night residency just outside of the TD Garden in Boston, and it was then that she fell in love with the genre and finally accepted parts of herself that were intrinsic to her core identity. Driven to pursue an artist’s career, Chelsey made the bold decision to get out of her beloved Boston comfort zone, and moved to Nashville.

Her new music is an empowering journey of self-discovery. It’s shitkickin’, bursting with hard earned wisdom, humorous social commentary, and a feeling of unapologetic self-assuredness. Select highlights in her 5-song singles series include the fiery ballad “I Can’t Be Trusted” and the Americana pop-rocker “Saddlin' Up.” The slow-burn and twangy “I Can’t Be Trusted” is Chelsey revealing she doesn’t pick the right men to date. “I wrote it when I was going through a phase of purposely dating the wrong men—it was like trying on a bunch of shoes before you settle on the pair that you want,” she says. “After all, life is not about the outcome or the final destination, it’s about the things you experience along the way, so you might as well enjoy the ride!”

The country rocker, “Saddlin’ Up,” is a glimpse into Chelsey’s wonderfully restless heart—she’s saddling up while other women around her are settling down. The song features Southern-fried pop-rock hooks, dreamy female harmony vocal overlay, roots-rock organ playing, and two helpings of tough-girl self-reflection. “There’s so many songs about wanting a ring, and I wanted to turn the tables on that mindset. I am not throwing any shade on being or wanting to be married, but it was important to me to write an upbeat anthem to represent the girls like me who are doing their own thing” Chelsey says.

Chelsey has finally found a home, and it’s beyond either Boston or Nashville, it’s firmly in a country lifestyle. Along the way, she’s had the Nashville community welcome and encourage her, and she’s had the incredible opportunity of having 20,0000 people who never heard her music sing along to unreleased songs. “There have been so many positives—all I can hope for, really,” she says. “Now, I’m excited to share this new batch of songs that really speaks to where I’ve been and where I am going .” 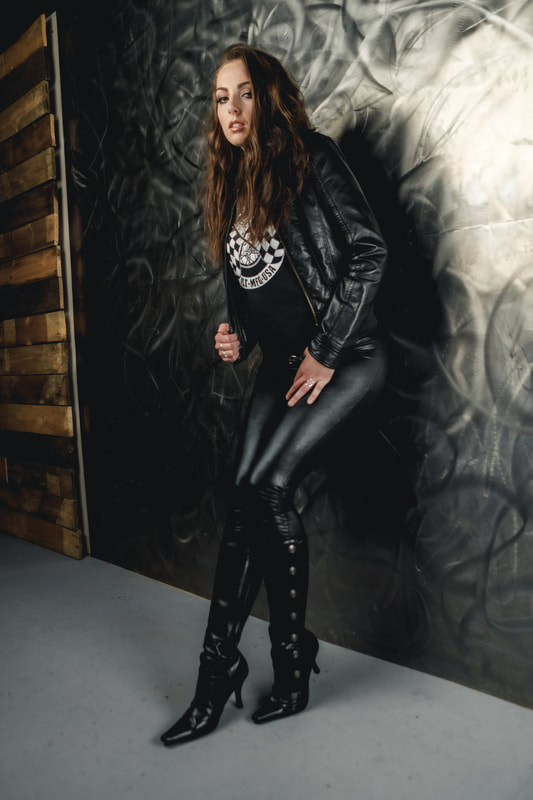